Sounds so sweet and tempting as soon you hear or read- free Garmin map updates, isn’t it?

For me as soon as come across with word „free,” I become very careful and a little alarmed. Why? 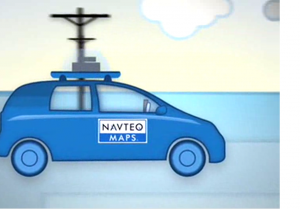 I am not talking about meaning like „free as a bird,“ free from the enemies or something like that. It is when word free is related to something that is created by a human job.

Something that could be sold to earn.

Why would anyone spend his (her) time just to give it to someone? I do not talk about charity it is entirely another story.

Although, I cannot exclude that there are exceptions. In general, as soon as you notice FREE better look for some cunning or hooks to encourage you to an action of purchase. Nothing bad in such an approach and many producers giving the money back offers or even „free“  software use for the limited period.

There are so many marketing tricks to be afloat in the high competition era. So, my advice to anyone, nothing valuable is for free at all and be ready to spend some money to get a product what you want.

Fortunately, but sometimes even Unfortunately, today’s information volume is so high that sometimes is hard to choose the right solution. We need to gain some experience to filter out what is what, what is good and how to find the hidden pitfalls.

In Garmin case a term Lifetime Maps as my understanding is honest and money worth deal. But it is not for „FREE“ regarding money. Lifetime Maps option is included in the price of Garmin GPS for car device, or you can purchase it after as addition to existing maps.

„If you purchase a nüMaps Lifetime subscription (sold separately or bundled together with certain GPS models), you will receive map updates when and as such updates are made available on the Garmin website during the useful life of 1 compatible Garmin product or as long as Garmin receives map data from a third party supplier, whichever is shorter. A product’s “useful life” means the period during which the product (a) has sufficient memory capacity and other required technical capabilities to utilize current map data and (b) is capable of operating as intended without major repairs. A product will be deemed to be out of service and its useful life to be ended if no updates have been downloaded for such product for a period of 24 months or more. Unless otherwise stated, the updates you receive under the subscription will be updates to the same geographic area included with your Garmin product when originally purchased. Third party content providers may change. In some instances, your Garmin product might not have sufficient memory remaining for you to load an update to the map data, in which case you will need to either (a) select reduced map data coverage for your updates, or (b) purchase separately a microSD™/SD™ card (if and as applicable to your Garmin product) and load all or a portion of the map data coverage for your updates to the card and insert the card into the microSD/SD card slot contained in your Garmin product. If neither of the measures in (a) or (b) can be used to address your product’s lack of sufficient remaining memory, then Garmin may conclude that the “useful life” of your product has expired. Garmin may terminate your nüMaps Lifetime subscription at any time if you violate any of the terms of this agreement or your subscription. Your nüMaps Lifetime subscription may not be transferred to another Garmin product.“

When we look at money then e.g. Lifetime Europe is for about eighty bucks or Garmin nüMaps Lifetime North America Map Updates from Amazon.com for the same money.

When comparing the main Garmin competitor TomTom, it offers quarterly updates for one year for € 27.48 (special offer as regular price is €54.95).

I am familiar with the marine map and nautical charts producing procedure and roadmaps is about the same volume of work to be invested. It is not the place to expand and explain the whole process of any maps producing process just trust me it is tremendous work and money invested in creating the final product- high-quality maps to use it on GPS for cars and boats.

There are only two major map suppliers – TeleAtlas in Netherlands based company and Navteq with headquarters in Chicago, Illinois, United States. Both are big companies with millions of dollars in turnover.

Maps creating and producing is a serious business and as soon as you see „Free Map“ it is „Stolen Map.“

Now I have reached the main concept of what I wanted to say- do not become a thief! I guess that for normal mental people is clear what I mean.

Just to remind. Typing in Google „Free Garmin Map Updates“ numbers of tempting offers pop up. Why spent nearly hundred bucks for whole Garmin deal when here is for free.

First of all, I would like to say that such thinking is not common everywhere. It is no secret that as the poorer the country is, the higher crime. Yes, illegal maps downloading is a crime.

I live in Latvia. Beautiful country and people, but we have very sad heritage-fifty years of Soviet occupation. Today already twenty-five years as Latvia and neighboring Estonia and Lithuania have regained independence. Unfortunately, we are so far to say „We are proud of our government and national achievements.“ Many current government men are former Soviet functionaries, and only they do acting for personal gain.

Therefore, a standard of living is relatively low compared to Western Europe, the United States, and other developed countries. Despite all this, people also want to travel and drive a car, but money is often not enough, why do not download from the Internet for free. 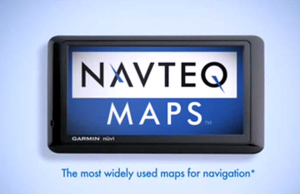 It is so common in our country though when comparing ten years ago the situation is much better.

My thinking is that the new generation is a lack of past negative effects and also the overall war against Internet piracy.

All this I talking about is that I know what is downloading the piracy copy of the software. Both the marine navigation software and mentioned road maps updates.

I do not want to say that all of them were invalid and unusable at all. Some marine GPS software performs even well at first sight, but sooner or later I came across a different type of problems. Today, looking back to those years, I wonder that I am still alive. Sailing on high-speed powerboat by overdue nautical charts, it is a real nightmare.

Today, by my mind to download a piracy software then there must be a complete mutt.

Excluding the ethical and legal aspects, you expose on the risk the tools that you already have.

No need to say that those piracy sites and torrent are full of Trojans, virus blah, blah. Garmin, TomTom and other serious players spending millions of dollars and euros to protect their property so not so quick way for the hacker to crack the maps or soft. On time when hacked map appears online, the updates could become well out of date.

Concerning to Garmin GPS for car device then sooner or later after piracy downloaded maps so helpful assistant become a garbage piece of plastic. Have you saved a lot? There is no need to guess.

Even if so-called, free Garmin Nuvi update performed satisfactorily from the beginning, do not forget that device warranty has been lost forever. Who cares? Do not be so silly, as far as many normal people and I are not techie hacker, legal use of any software, after all, will save so hard earned $€¥£.

If you want to sleep peacefully knowing that you have a Free Garmin Map Updates, then buy  Lifetime Maps  and sleep calmly.

As an Amazon Associate I earn from qualifying purchases.
Tagged as Lifetime maps TomTom
related posts