So we are underway to the Den Helder The Netherlands.

It is home to the country’s main naval base and in any other way a great place to be. 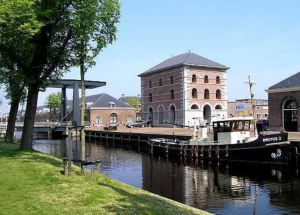 Calculated distance and ETA to „Koninklijke Marine Jacht Club“ is 145 nautical miles. After first twenty glorious flying mode sailing, I slowed down to about 15 knots. I expected busy fishing boat activities on my navigation route, and I use the opportunity to have some sleep before watching of fishing vessels countless lights.

In according to the COLREG (International Regulations For Preventing Collisions At Sea) vessels engaged in fishing has priority in my case so to keep sharp lookout is essential.

A small excursus in this regard.

The Indian Ocean we are leaving the Gulf of Oman. I was on watch on the board of reefer ship, bananas carrier „Nikolajs Koperniks“. Speed about 20 knots. A passage from Abu Dhabi to Davao, the Philippines for loading bananas back to Persian Gulf countries. Weather calm, visibility „Hundred Miles“ (mariner’s expression). Alone on the navigation bridge as my sailor gone down to the galley to make something to eat. I was gazing into the endless dark and honey-stars. Radar and ARPA (automatic radar plotting aid) on and just some distant nondangerous targets on the screen.

Suddenly, hundreds of lights from starboard, port side, aft, and fore. WTF!? Distance to the closest land Pakistan about 100 nautical miles. I was surprised, but not in the panic. In such cases, it should be called the captain of the bridge, if you only imagined that it should do.

No way to act by changing a vessel’s, DWT-10000 tons and LOA (length overall) 140 meters heading in such a speed. The only action could be taken- altering a course. The question was, change a course to which side? It was no option; lights were everywhere. I did nothing just made a call to master.

They were wooden fishing boats and fire from oil lamps to an alert. Fishermen are well aware that a large ship can not be so quick to manoeuvre, and themselves deviated from your course. It was the case for about half an hour, so about a 10-mile radius.

As later we found out that those boats were towed by bigger boats on the high seas and left for a few days to fish. I can not even imagine how these poor fishermen feel. I think that this is cruel, and even a crime. It can not be excluded that large ships could hit such boat especially on busy shipping route like this. I still to this day have a strange feeling regarding this.

Why am I telling this story?

So, that fisherman is usually watching at what is happening around, but out of thousands may be one who is sleeping.

There are fishing areas marked on the nautical charts and shipping lines usually are avoiding these spots. In my case, as a small pleasure craft with an only one-meter draft, I did not and, by regularly checking position by Raymarine GPS navigation system, heading towards my destination Den Helder Netherlands.

…be ready to any dangers

Better is to be ready to any dangers and prepare the alternative plan and route. This time fishing activities were minor and after some small course changes, a fishing boat’s lights have faded away.

About 8 am we entered in Koninklijke Marine Yacht Club for scheduled refuelling procedure. Very crowded marina with no free mooring places and I directly move towards Gas Station.

Well, what to say, and how you think …? Exactly, fuel station was in the repair and did not work.

Closest bunkering option in Oudeschild Waddenhaven Texel about 6 miles away. Half an hour to buy some beer and soft drinks are we are on the way for the fuel.

After passing Oudeschild breakwater, the so spectacular view has appeared.

Genuine Dutch windmills and ancient-style sailing ships moored at berth. Ordinary refuelling procedure and we were about to start the final leg to Lowestoft on the opposite side of North Sea.

After I have checked the  Weather forecast, I realised that it was not so good.

Not because of wind speed about 30 knots, but the direction SSW the sea state up to 4 meters waves. I explained it to owner’s friend, but he forced me to go to open sea.

We were exiting from the sheltered calm inland waters in half an hour, and waves became bigger.  For safe navigation boat’s speed has dropped to 4-6 knots. Water continuously poured over the ship. I said that in such conditions are not safe to sail another 120 miles. After I said, that, in a case of engine stopping (memories were not so old) I cannot exclude capsizing, the brave guy immediately accepted my intentions to go back to harbour.

Found a free mooring spot, pay € 15/per night stay. I was very glad for this opportunity. Honestly, I like The Netherlands very much. I got this feeling on my previous visits of Rotterdam, Scheveningen, and Hague. I was always wanted to return, and I got it unexpectedly. We stayed there for two days.

The two days are too little to visit and see all in this pleasant place. I have walked around a nearby area and spotted many interesting for me, as a seaman, objects, and nautical monuments. At Willemsoord (the old navy shipyard) you can visit some the real interesting objects as the dry dock, ship winch, buoy.

Most of all I was so lucky to visit The Marine Museum,

Which is part of the Foundation for Defense Museums. An outstanding collection of marine and naval artefacts. The Museum Guides used to speak even Russian, but English is fluent even kids. Great place to visit, my recommendations. 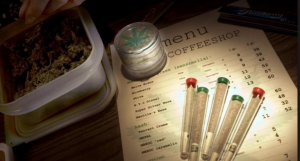 While I was walking around and enjoying this great opportunity, my crew members decided to use another chance visiting of Holland. Guess what? Yes, exactly, not missed the opportunity to visit so well known Dutch Coffee Shops. Catch me clear, not to drink coffee. You can buy and enjoy weed, hash, and marijuana in a pleasant and safe environment and it is legal.

I wanted, to be honest, and say Yes, I also would like to try, but a sense of duty that maybe soon I will have to steer the Jeanneau Prestige 36 to England, prevented me from temptation. So I enjoyed sightseeing and museums, and my brains have remained clear. Even more, seeing as boys were vomited after coffee shop visit, my desire to try a completely dropped.

Well, back to the sea voyage.

In a couple of days, the weather forecast promising window to cross the North Sea. The window was about 12 hours after the weather for safe sailing diminish again.

We were on the last leg of the inbound route to the final destination point in Lowestoft in the United Kingdom, and  I said Good Buy to the beautiful place to be Den Helder Netherlands Welcome to the British Isles.

Garmin Marine GPS System is Just as Popular as the Garmin GPS for Cars?