As already promised, I’d like to write more or less detailed overview of my sea voyage as a skipper on Jeanneau Prestige 36 power boat.

Who knows, maybe my information given in those posts, could be helpful for next sea voyages in any place of the world.

It took place in Summer of 2009 and route was from Riga, Capital of Latvia on Baltic sea to Lowestoft, the UK at The West coast of North Sea.

„After seven centuries of foreign domination,the Republic of Latvia (Latvijas Republika) is independent since 1991 and has been transforming herself into an economically dynamic democracy. The vehicle for this transforming is the capital Riga, the largest city in the Baltic States.

Of Latvias 2.350.000 inhabitants approx. 750.000 live in Riga. The city is located on both banks of the river Daugava which separates the city into two parts, Vecriga (Old Riga) and Pardaugava. Four bridges, one only for railway traffic, connect the banks.

Riga is close to the Gulf of Riga at the Baltic Sea and the harbour is an important part of the citys development. Once the river was an important as a strategically location called the Amber Way where the Nordic Vikings started their travels east). Today you find in the very heart of the city, just at the doorsteps to the Old Town, the Sea Passenger Terminal. Riga is also a hub for both the domestic and international trains. Only twenty minutes away from the city centre you find the biggest airport in the Baltic States, Riga International Airport.“ (www.riga.com)

I was invited as a skipper to navigate this adventurous and a bit risky maritime journey. From the beginning, I was doubtful a little, but the spirit of adventure and a relatively large reward took the upper hand, and I agreed to make the sea journey.

In fact, it was a unique opportunity because it was an expensive pleasure and an ordinary person would not have been able to afford it. Boat owner was a wealthy local entrepreneur who wanted to invite their foreign friends to hunt and to fish in England and perhaps to boast with its beautiful power boat.

Even more, I also wanted to prove myself that I can do it.

Time for preparation I had, if I’m not mistaken, about a week. One would think that it is not so little, but I needed to gain some practical experience with this particular ship’s handling.  The boat was not so big in size, only 36 feet, but an engine output was decent, about 620 KW, and you need to be sure how the maneuver such a power. I had no big experience with power boats. Although I am familiar with cruising sailboats and even how to navigate hundreds of feet length merchant cargo ships. 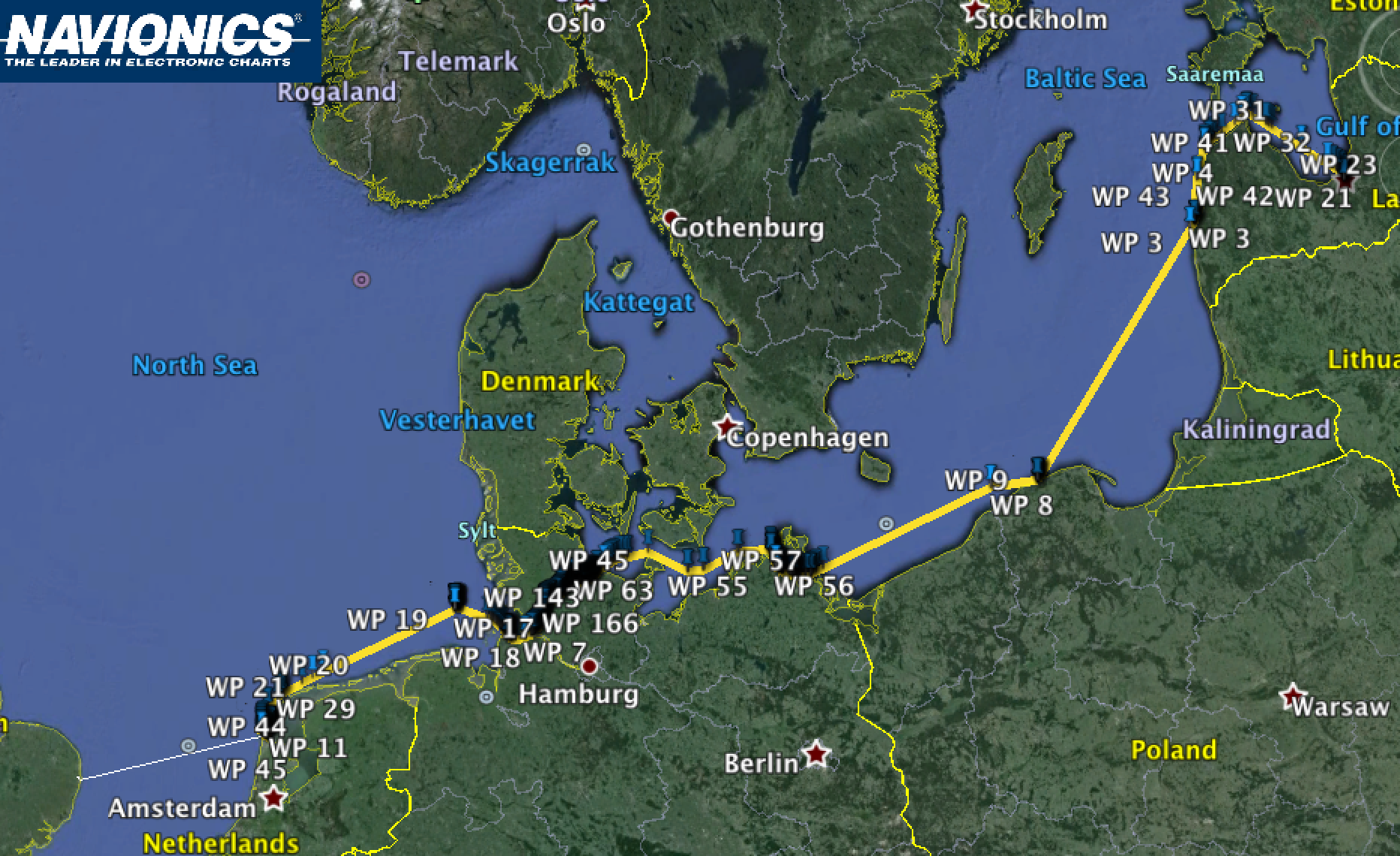 I made a couple of short training trips along the lake and short sea voyage to check seaworthy of the boat. With the results I was satisfied. The boat was excellent in waves, and I was convinced that she could easily navigate up to 6 Beaufort Sea state safely.

For me, as the professional marine navigation officer, crucial was safe route planning. It means, to prepare updated Nautical maps for planned route and adjacent areas. The boat has factory installed Raymarine GPS Chartplotter, which I was familiar, just Chart cartridges did not match for planned voyage.

Jeppesen offered me three, with latest chart corrections, needed CMAP NT+ cartridges for about € 500 (about $ 565). Expensive, yes, for that is a crazy price tag. Actually, these, one voyage used three C-MAP cartridges, are still in my vault. 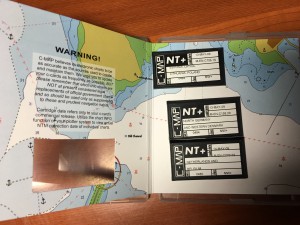 So, Raymarine GPS Chartplotter was good for the voyage, but I had to be ready for a backup solution as traditional navigation sea charts were not available. Luckily, I had Acer Windows laptop with MaxSea navigation software.

I used it as route planning tool for sailing regattas mainly in Baltic Sea region. Today I prefer MacENC Marine Navigation Software as it fits for MacBook use. But MaxSea navigation software is good enough to execute safe navigation and for route planning purposes.

Even, even more, I was recently purchased Navionics Baltic Sea App for iPhone 3. Great application. Today I sometimes use Navionics Europe as it covers all European waters and is very convenient as a mobile navigation device. With those independent tools on board, I assume that with navigation is more or less OK.

A next headache was fuel.

I had to make the proper calculation how much, how long distances and were to make refueling. It is one of the big inconvenience of power boats of this size. A fuel consumption is significant, but fuel tanks capacity is not so big for distant offshore sailing.

Before looking for stopovers, I did a research about expected marinas refueling facilities, and I was surprised that not every marina, even in Germany, offering this service.

When it comes to my boat that with cruising speed 20 knots fuel consumption is about 80 liters per hour but two fuel tank capacity is 800 liters. So about 200 nautical miles in total and spare 100 liters in five cans. It is almost impossible to fill up this volume at a public gas station and as I said, not every Marine has fuel pumps to fill up 800 liters (211Gallons, US) diesel in safe method.

I made direct phone calls to first two stopovers in Pavilosta, Latvia and Leba, Poland and got acknowledgment about refueling. About next stops in so wealthy countries as Germany, Holland and United Kingdom I was sure that any problems regarding diesel fuel accessibility could not arise.

In fact, the reality was not so bright. I had a big problem with refueling in so Marinas rich seaport as Cuxhaven in Germany which is located on banks of estuary the Elbe. About it, when my story about sea voyage will reach that leg of the route.Although time has passed and perhaps today the situation has changed.

I was almost ready for great adventure on the sea voyage on board of Jeanneau Prestige 36 power boat to cover total distance about 2000 nautical miles in Baltic Sea and the North Sea. 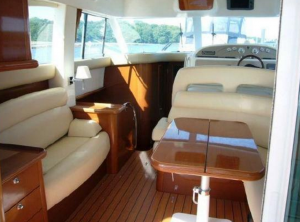 And to end the first part of my story, we were four persons on board. Me, owners friend and two sailors with little to no marine skills. As a result, almost all navigation was on my shoulders, although most were meant to sail in the daytime.

Now just need to wait for when I’ll have the willpower to write more, about the actual sea voyage stories. I hope not as long.