Is Navdy HUD a Step to the Future?

What is Navdy HUD (Heads up Display) and how it relates to my site GPS topic?

Navdy Hud is not more available as the company is bankrupt. Luckily it is another option much more independent even if something bad happens with the company you still can use a device. It is Hudly Wireless heads-up display.

Before I make suggestions or advice, actually I cannot give any as the device is not yet on the market (at the time of writing), I would like to say a couple of words how I found it. 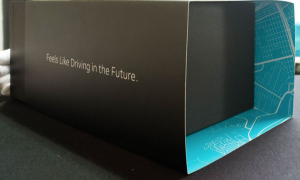 To be honest, many car accessory makers have tried to produce HUD and Hudway Glass was the first I found. I even wanted to purchase one, but surfing the net, I found the Navdy, watch the official video and…yes, and forgot about other HUDs.

Not any real user reviews available for Today as no one, except Navdy guys, has felt like driving in the future. I hope that, later on, I will get some and definitely make additions to my post. I just want to say my own thought of the concept of HUD, like Navdy, at all.

For those who never heard about HUD, stands for Heads Up Display here first answer from FAQ of Navdy.com (the link not working anymore)

What are Navdy’s core features?

„Navdy is a head-up-display device for your car that lets you view and respond to critical information without taking your eyes off the road. Its core features include:

In other words, it is a computing device on your car’s dashboard you can see reflected information on windshield not turning head to the right or left and up or down, directly behind the wheel.

The main information source is a smartphone without restriction, be it iOS or Android phone. Not yet tablet support available.

A crucial factor, in my opinion, is that this device is powered by OBD II (on-board diagnostic) port. Not just as a power source but to get usable information about engine state, mileage, warnings and so on.

In standard package, OBD II connector plug is included and for driver remains to find a port. Usually, it is below the steering wheel just to the left.

Every car made after 1996 has an OBDII port. In a case of absence of such a port Navdy offering an optional 12V power cable.

In my opinion that OBD connectivity demonstrates the seriousness of the apparatus. 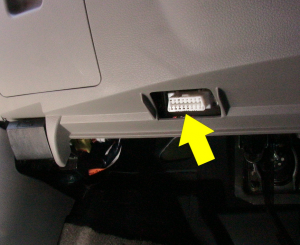 Someone could argue that the modern car has its own onboard computer showing all the information somewhere.

The Navdy shows some of them on your car windshield.

Exactly-somewhere! In the Navdy case, all essential info will be displayed right before your eyes. No warning is missed. Even more, OBD is generally used for professionals to make the car diagnostic and not all available info is displayed on factory installed screens. The Navdy shows some of them on your car windshield. Cool!

I forgot to mention one of the main devices SAFETY feature- touchless. It means that you even do not need to touch a screen. Touchless gestures in front of a device to the left or right either say Hello Siri or something like that to run a HUD.

There are some other interesting features included in the Navdy. So far so good or it really is without flaws?

In reality, it is not correct to ask about Flaws as customers could not detect them yet but let say, what I guess is like cons.

What do you think about such a phrase which I have found on the internet?

„While the company mainly touts the Navdy’s safety benefits — it allows you to keep your eyes on the road at all times — it doesn’t try to do so by scaring the bejesus out of you. In fact, the company seems to have a pretty neat sense of humour about its product.“

When diving deeper into the safety of driving question, not to make any other Active actions beside all how to devote full attention to driving the car. I mean receiving and answering text messages or scrolling music. Only acceptable actions are answering handsfree phone calls, listening driving directions from GPS navigation system and listening to music, just listening not searching for other track or song.

In fact, to drive a car safely you even do not need any display?

Am I joking? Partly, but I used to drive by Waze just set the point in an office and had reached a destination even not pulling out my iPhone from the inner pocket of my jacket.

Unfortunately, or let say in real life almost all of us sinning using phones while driving. From this point of view, a heads-up display is a way to reduce (not exclude) car accidents or other troubles on the road.

When it comes to using a Navdy HUD as GPS navigation device than for me as European user, it is not the best choice.

If I understood correctly for the moment, Navdy supports only online Google Maps turn by turn directions. Most of the Europeans used to cross the borders very often, something like an Americans driving from state to state or Canadians crossing provinces. The difference is that as soon as I have crossed the border of my country, expensive cellular roaming costs are imminent.

There is an EU directive that from the July of 2017 in all European Unity countries will have the same rates of Internet use on mobile networks. First of all, it is a year to wait and secondly I do not believe that mobile operators so easy abandon the profit share. Let’s see and hope that Navdy will develop how to use TomTom Europe application loaded on my iPhone.

What to say in conclusion?

The first emoticons were hot; you could feel like a jumbo jet pilot and from the first sight a very futuristic innovation.

Would I like that my car is equipped with such a device? Yes, I would like to.

Am I ready to make pre-order $499? No, I do not want to spend five hundred bucks for yet in practice unknown device.

Will Navdy HUD increase the safety on roads? Somehow, but to the fool behind the wheel will not help any miracle device.

Let’s see in a couple of months as the first devices are promised to reach the customers very shortly.

It is an almost year since I wrote this post and after several delays, Navdy HUD finally is reaching their customers. As always I made the proper research and stick with Amazon Verified Customers review. Read one and make your choice.

I am looking forward when my oldest daughter will fly to Europe from LA and hide one NAvdy HUD in her suitcase because it is no option to purchase it in European Amazon stores.

„Navdy is one of those rare products that manages to successfully combine safety and fun, January 19, 2017

….The Navdy itself has made me a safer driver, I think, in a few different ways: (1) It has helped me keep my eyes on the road more than before. No more glancing down at my car’s dash to check on speed, or gas, etc. All of that information is projected in front of me. No more glancing at my phone at messages, either; (2) I find that I don’t speed as much, because I’m more aware of my speed at all times – Navdy’s interface shows you not only your current speed but also the current speed limit, and it does it both digitally and via an arc that changes color; white while you are within the speed limit, blue when you are a few miles above the limit (around 7-8), orange when you are doing more than that. I assume that there are colors beyond that but I haven’t found out yet. It can also warn you audibly when you exceed the limit, but I turned off that feature pretty quickly….“

Here is another proven solution for stress-free, safer driving, it is Hudly Head-Up Display For Cars 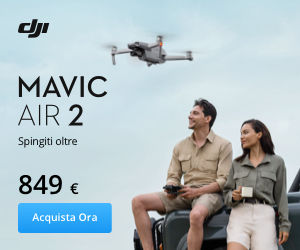