I have created this website to share my experience with GPS navigation systems and topics around them. 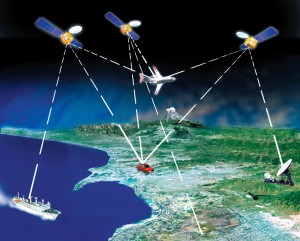 Beginning with GPS for boats and cars, GPS trackers for dogs or drones as well as GPS related navigation software.

Everything that is associated with and around the subject. The experience I have gained is mostly as the real GPS systems user and as a person interested in this topic. I would say that am a GPS user from its very beginnings.

Today it is hard to imagine our life without GPS Navigation system and related to it spheres. Man-made space satellites and Jumbo Jets on skies. Vessels at sea and cars on streets are equipped with GPS navigation system. Those are just some of the areas where the satellite navigation has been used.

I would like, to say a few words about the history of satellite navigation system development.

To determine the position of the vessel in ocean and seas in the past, mainly it was possible by calculation of stars and planets position. Navigators manipulate with sextant, clocks and calculation tables to obtain ship’s latitude and longitude and plot them on sea charts. Sometimes it could take several days or even weeks to see the clear and cloudless sky.

While unable to determine a ship position by stars or planets dead-reckoning has been used.

In navigation, dead-reckoning is the process of calculating one’s current position by using a previously determined position, or fix, and advancing that position based upon known or estimated speeds over elapsed time and course.

Only at the end of the last century, people began to use man-made space satellites to facilitate shipping. It started in the Cold War, and the great Powers such as the US, and the USSR spent heavily to have the winning ranks. No matter how well it would not be ironic, this competition contributed to the scientific and technical development.

From the beginning, the US was established satellite navigation system NAVSTAR.

The system was rather vague, but, in any case, better than a sextant and thick navigational calculation books. They were based on the Doppler effect. NAVSTAR system had low-orbit satellites and to determine coordinates. Satellite appearance sometimes had to wait for hours.

This situation is not satisfied with not only military forces but also civilian users. Already at the end of the last century, the US Army established a new satellite navigation system Global Positioning System or GPS. A system consists of 24 stationary satellite’s constellation. Land-based correction stations and GPS receivers from a broad range of manufacturers as GARMIN, Raymarine, FURUNO, HUMMINBIRD, and many others were involved in GPS equipment producing and trading. It was not a high accuracy for civilian users during the first years. The offset was due to military safety reasons, but nowadays accuracy is excellent, and it can go up to a few centimeters. 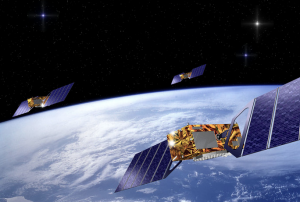 European Union is currently developing Galileo the global navigation satellite system (GNSS). Completed Constellation will consist of 30 satellites including six spares. The project is delayed and slowing down because of technical glitches and budget. I hope that sooner or later customers will have a wider choice which SatNav system to use.

Transliteration Globalnaya navigatsionnaya sputnikovaya systema or “Global Navigation Satellite System”, but it is particularly widespread popularity in the world has not attained. Knowing the quality of Russian equipment, I do not think that GLONASS will be able to compete with GPS in the near future. Not because Russian satnav system is inadequate. Competition in satellite navigation devices manufacturers is so high and to beat it would take time and enormous resources. Russia’s current political and economic situation does not give specific expectations of the once so powerful Russian space industry to conquer the global market.

Let’s back to the GPS navigation system.

I can say only the best. We are using it in very many spheres of life, and that helps us in different life situations. The very first, big GPS receivers nowadays are so small to mount in cell phones and other everyday devices. GPS market is huge, and I’ll try to help you better navigate in it.

GPS hardware manufacturers or GPS apps for iPhone and Android smartphones are so many and not always, the most expensive products are the best.

I’ll try you to focus on proven values. To err is human and we learn from mistakes, but we can reduce the number of errors. Technologies are developing at the speed of light and no way to be in touch with all of them, so we have to believe in the word in many cases. A wise man has found his way to trust someone, but it is not so easy to execute.

I would like to share my experience and knowledge honestly and openly. I also do not know everything and learning every day to be sure the information shared by me is of the highest quality.

We will discuss GPS Navigation Systems for boats and cars as well as GPS trackers and even marine navigation software. Let’s adopt that all these things are in constant development. Yesterday’s and Today’s High-End features, Tomorrow will be a regular thing.

Every time I am searching for information about particular Sat Nav device I get new knowledge. So, it means that I still learning, discover something new and also tend to make mistakes, which is only humanly.

Please correct me when I am wrong. Together we are all getting smarter, and we could achieve a lot more out of today’s achievements.